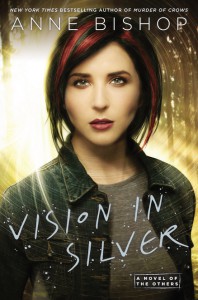 If Murder of Crows was so and so, this one falls in line with Written in Red and is much better. By now I got used to the slow pace of story development and the naive actions of the characters, so it didn’t surprise me. The story picks up where we left off in Murder of Crows. In the aftermath of prior events, and because the Humans First and Last movement stirred a lot of trouble, there is a shift in the dynamic between humans and terra indigene.

Let’s not forget that the Others commonly think of humans as ‘smart meat’ that invents things they can use. But if humans become a threat, the terra indigene population might consider living without the human-made products. Especially if the usually hidden and extremely dangerous ancient terra indigene (known as the Elders) decide the extinction of the human race. The tension and the danger that comes with it is best summed up by Captain Burke’ s joke:

The new relationship is strained at best with one exception: the human pack that forms around Meg Corbyn. And this pack seems ever growing while the terra indigene reluctantly accepts them in their midst.

We get to see more our favorite policeman, Monty and see him interact with his daughter Lizzy who comes for a surprise visit. The gory reason behind this visit keeps the story from dragging. Needless to say, Lizzy joins the human pack at the Courtyard. Being a child and a little bit spoiled she manages to stir some trouble for Meg.

The cassandra sangue that were freed by the Others have trouble adjusting to a life outside the compound. Suddenly, Meg feels overwhelmed and has trouble adjusting too. Honestly, that seemed far fetched. When she first arriver at the Courtyard, after having lived in the compound for as long as she could remember, Meg adapted just fine despite not having any real-life experience. She learned fast how to do her job at the delivery office, despite never having a job. Yet when she enters the Crow’s trinket shop Meg is overwhelmed into a panic attack because there were too many things there.

All this meltdown serves a purpose, but I wish it was done differently to make more sense. But let’s not dwell on it, Meg and the other blood prophets suffer from sensory overload (I don’t remember if that is exactly how the author calls it) so Meg wonders what to do about it:

“What do you expect us to do?” Meg shouted. “Write The Dimwit’s Guide to Blood Prophets?”

“Yes! That’s exactly what I want you to do.”

Looking at their stunned expressions, he wondered if he’d been a little too honest. “Figure it out and write it up so we can pass on the information to everyone who is trying to help these girls.”

“I’m not a writer,” Merri Lee protested. “I can make notes, sure, but I can’t write up something like that!”

“Ruthie will help you write it.” There. Problem solved. Ruthie was a teacher. She wrote sentences all the time.

As expected, there are plenty of hilarious moments caused by a poor understanding of how the human acquisition system works. In this case, the terra indigene didn’t understand the necessity of the paperwork needed to buy a house.

“Why couldn’t they just give the human female a bag of money and then pee on the building so that everyone would know it was theirs?”

“This is Ruthie Stuart, Officer Kowalski’s mate. She will show your pups around the Market Square,” Simon said.

Simon looked at Robert and Sarah, then at Ruthie.

Kids. He’d heard Merri Lee say something about when she was a kid. But the word didn’t apply to her now because she was an adult, so it had never occurred to him that, maybe, humans had a little shifter ability that they outgrew as they matured. When she had said kid, maybe she had meant kid?

He eyed Robert and Sarah with more interest. “Little humans can shift into young goats?”

“He had a feeling this was one of those times when a male should express positive enthusiasm regardless of what he really thought—especially when he didn’t really know what was going on.”

When Lizzy comes to the Courtyard she has a stuffed bear that makes her feel safe. While none of the humans bats an eye about it, the terra indigene residents are completely baffled.

“Why did humans give their offspring fake versions of predators that would happily eat those offspring?”

That being said, I’m glad I didn’t give up on this series and I’m happy to move on to the next book. 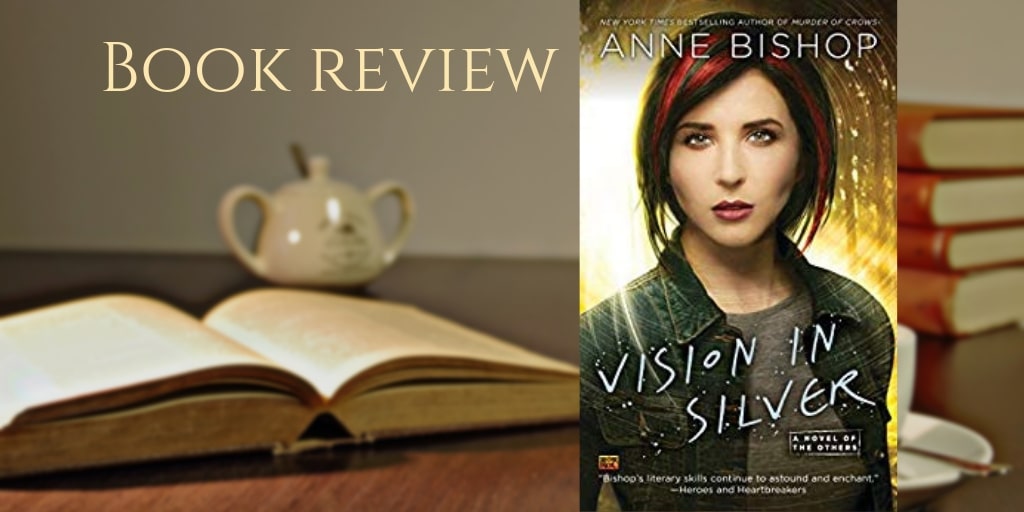